THE 50th Top Half Folk Festival will take place at Annaburroothe, Northern Territory on 11-14 June 2021.  Tickets and commemorative T-shirts are available

Started in 2015, The Adelaide Songs project focuses on the city’s history, people, places and identity.

Begun as a project of HATs Inc (Heritage Arts & Traditions) this group of songwriters and support musicians have written almost forty songs about “the city of churches, pubs and murders”.

Following on from their recent successful Adelaide Town Hall concert for the Adelaide Fringe Festival they now have a CD with eleven of these songs available for purchase at their new website.

Launceston, Tasmania community station City Park Radio has a new folk music show called The Folk Project.  You can tune in Thursdays 8 to 9pm 103.7FM and 96.5FM or stream HERE

Fans of the Chapel Hill North Carolina folk duo Mandolin Orange will have to readjust to the couple’s new name Watchhouse, announced recently after a career of over a decade.

The duo have been announced to play at Port Fairy Folk Festival 2022.

Applications for the 2022 National Folk Fellowship program are now open and will close at 12pm, Monday 21 June 2021.

The National Library holds the most significant collections of folklore and related material in Australia. This Fellowship offers a unique opportunity for the recipient to discover and explore original collected material at the Library for use in their own artistic work.

The music video of “The Leaf Blower Anthem” was shot for the annual International Short Film Festival in Port Douglas/Daintree and won the award of best music video in 2016, produced by Paul Sinkovic filmmaker/editor.

Find out more about the songwriter and musician and his latest CD including The Leaf Blower Anthem here: http://geckomusicproductions.com.au​

Frank’s music can also be found on most music platforms such as Itunes, Spotify, MySpace, Soundcloud etc.

Mick Thomas’ Roving Commission have announced a national ‘Out and About’ July tour ahead of the April 30 release of their new album ‘City’s Calling Me’, a warm collection of songs about the inner suburbs of Melbourne.

The Goderich Celtic Roots Festival, North America’s longest-running pan-Celtic event, is offering the opportunity for qualified emerging artists to participate in a virtual showcase at this year’s festival, to earn a spot to perform live on stage at next year’s festival.

The program has two phases: a virtual phase and a showcase phase. A panel of judges will select a shortlist of 10 artists who will be presented in virtual format during this year’s festival, August 6-8, 2021. An audience poll will determine the top two artists who will go on to receive a year of artist development workshops and mentorship before appearing onstage in Goderich at next year’s festival. 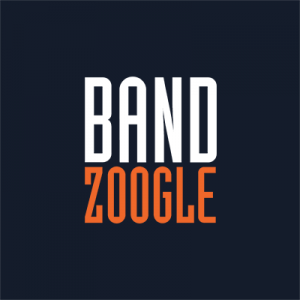 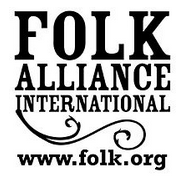