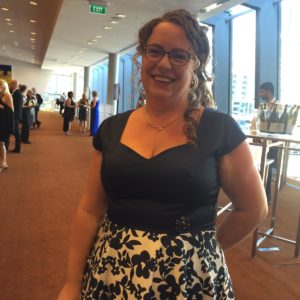 Ruby has a strong festivals and events background, both as a volunteer and in a professional capacity. Ruby has worked for the National Folk Festival since 2011. She currently holds the position of Business Manager and was previously the organisations Volunteer Manager. She spent a number of years living in the UK working for a major hotel
chain as an event manager. During this time, she also worked with a number of UK Folk Festival as a volunteer venue manager running large venues and teams of volunteers.
Ruby has a passion for the Australian Folk industry, support its performer and attending its Festival and wants to ensure that its still as strong in the coming years.