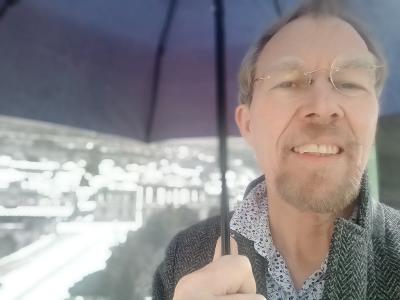 Keith is Arts Manager at the Australian Migrant Resource Centre in Adelaide since 2007 and is involved in managing and coordinating a range of arts projects with artists from new arrival communities which includes traditional music & dance, school exhibitions and presentation of several key cultural festivals. Each year he produces a major concert at the Adelaide Festival Centre. He is involved with a range of performance projects through HATs Inc, including the acclaimed Adelaide Songs project. He currently plays with fusion band Moonta Street who blend European and Chinese music, Sufi Highway a South Asian and Middle East music show and works regularly as a performer of traditional puppetry. He has just written a musical comedy which will be produced in 2021. He previously worked for many years as coordinator of the SA State Folk Festival (Victor Harbour), the SA Medieval Festival and established the SA Folk Centre. Keith has experience in arts organisations, festival management, overseas touring, band management and youth development.